Mazda The Third: The Berg


4 replies to this topic

So, towards the tail end of last year, i had a track day at Mallory Park. Long story short, i got shoved off track by one of these, who decided to brake the rule about not overtaking on a bend that isn't Gerard's: 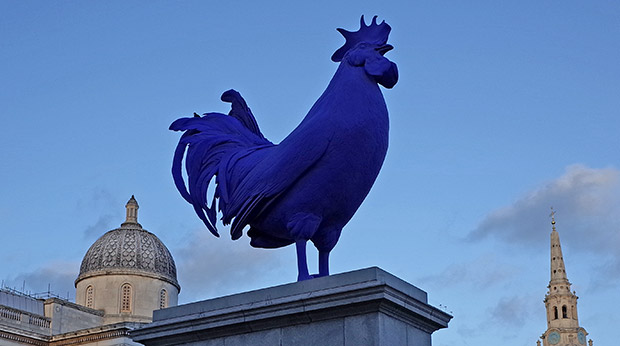 The before was pleasing: The after was not: Thankfully most of the damage was superficial, but after that the car never quite felt the same to me. It wasn't its fault to be fair to it, but you know how it is. Eventually the car was partially stripped, and sold on to a buddy who's own MK2 MX was in a worse state, so presented a great oppertunity for him to build up one good car out of the two.

So that left me with a racekor shaped hole.

The solution however, was quickly located and purchased: A 40-something thousand mile, '95 Eunos Roadster 1.8, with epic service history and owner list. This car had been looked after by one of the best Mazda tuners in the country, been an ex development car by one of the best Mazda engine specialists in the country, and track-dayed by a well-known member of the MX5 community. Returned largely to stock, but with a strong heart, the wrong interior (this is a key thing, if the car had it's correct interior, it would of been a pretty decent special edition car, and i'd of been tar'd and feather'd for what i had in mind with her), and a fairly rust-free exterior. My perfect new base project.

And for those keeping tabs, i have a penchant for British Racing Green Mk1 MX5s. It felt like fate. It felt like i had to have this car, and do right by it.

The PD200, The GTi Turbo Shed of Fail, Pop went the diesel.., The Armco Eater, The bad dream, The Berg, and The Daily GTI Turdo

RIP 56K or GPRS Users, just be thankful this is the abridged version

Right. So. Doing it properly. Seems like a smart way of doing it (read: alien to me).

The car had been fairly well service, so i decided the first thing was to just drive it and get used to it. Despite the MK1 and MK2 being mechanically almost identical, the MK2 has a little more sound-deadening, a little more bracing from factory, and is a little heavier. All that adds up to a farily noticable difference.

Didn't take long to realise the tyres had to go, so off with the Budgéts as Moose would call em, and onto better and more interesting things; Nankang NS2Rs in medium compound: She didn't sit toooooo bad considering she was on stock shocks too: But that was never going to be enough for me. I like height adjustment. I like rebound adjustment. Basically i like suspension parts. So an order was placed with Meister for some of their Zeta CRD coilovers (road-centric springs) which offer 32point rebound adjustment, as well as independent height and preload adjustments. That, paried with some Jackson Racing adjustable anti-rollbars from work, along with our own rose-joined adjustable droplinks (yes, i know, rose joints don't last long on the road. Ain't care, they cost me very little), and a couple of quality used braces i'd picked up, would give me the rigidity and adjustability i was after (hurrrr). With that done, safety was the next focus. I could start to push the car harder, but canvas roofs have a habit of not really doing a great deal when you flip the darn thing over and scrape along on your face. Again, used but quality/well known parts were the order of the day. A Safety21 half cage, and a TRLane harness bar went in, along with my old Sparco SprintV bucket seat, and 2" harnesses Randomly we also chose that moment to sling in a pair of snap-vent perspex quarterlites in to allow airflow without buffeting (don't ask, its just a thing okay!). A little while later, i was feeling the need for nicer wheels. The NS2Rs were awesome regardless of the weather, but they left a lot to be desired when it came to ride comfort, noise, or progression at the limit. As we all know, i like my OEM wheels, so a tidy set of Mazdaspeed MS01Rs were sourced along with a halfway decent set of Vredstein Sportrac5s. They went on, and i set my suspension too low. Apparently because i was "trying to be scene" or something. I wasn't really paying attention, and i soon raised it back up. You know the whole "derpy face" Mazda thing? Well, as we've established over the years, i'm not exactly sane at the best of times. Leading me to get the masking tape out, and have a little fun... Unsuprisingly, i sold the Mazdaspeed wheels, and went back to the OE hollow-spokes and NS2Rs, as well as slapped on a cheeky little ducktail. Also picked up a 5zigen exhaust which i ran for a bit Fitted a sequential shift light, because i'm 5, and racekor stuff appeals to me (the below photo was taken on a private road, by my passenger, in Mexico) Bought another steering wheel, a snap-off boss, and a wheel spacer, in a bid to get proper comfortable like Then finally after coming back from Murica a few weeks back, treated the car to a set of wheels i've always had a soft-spot for. Gotti Cups in 15x7 ET25. I proceeded to get em wrapped in Bridgestone Potenza R002s (the Nankangs aren't legal for autosolo you see...). Also black vented headlight lid because racekor. Oh, and at some point, i can't remember when, we wrapped my windshield surround black. Because. Well. Racekor. (theme much?) Oh, and i changed the exhaust. Again. That brings us up to a couple weeks ago. Had my eyes on a set of low-profile headlights, then as if by fate, a nice set of Brainstorm twins came up for sale. So i bought and fitted those after spending a day rebuilding the loom for em Since then, it's been all about the drive. Fettling with suspension setup, and playing "chase the revs" at every oppertunity.

Plans? Well, i did mention autosolo didn't i...

The PD200, The GTi Turbo Shed of Fail, Pop went the diesel.., The Armco Eater, The bad dream, The Berg, and The Daily GTI Turdo

Why? Well because racekor of course!

looks lovely! I own half a mk1 mx5 with a friend although it needs some pretty serious rust remedial work before it sees track or road!

I like the work so far mate, can you tell me a bit more about the autosolo?