8 replies to this topic

I've currently got these wheels on my car. They have multi fitment holes beneath the scabby looking centre cap so I assume they are not genuine VW but does anyone know what they are style wise I mean.
Also what is the standard PCD and centre bore diameter on a 4mo as I'm looking to perhaps change the wheels for some older vintage BMW ones and wondered if they might fit.
The BMW ones are 15" and ET20 so might look like crap so it might not even happen.
Thanks in advance!
Rob 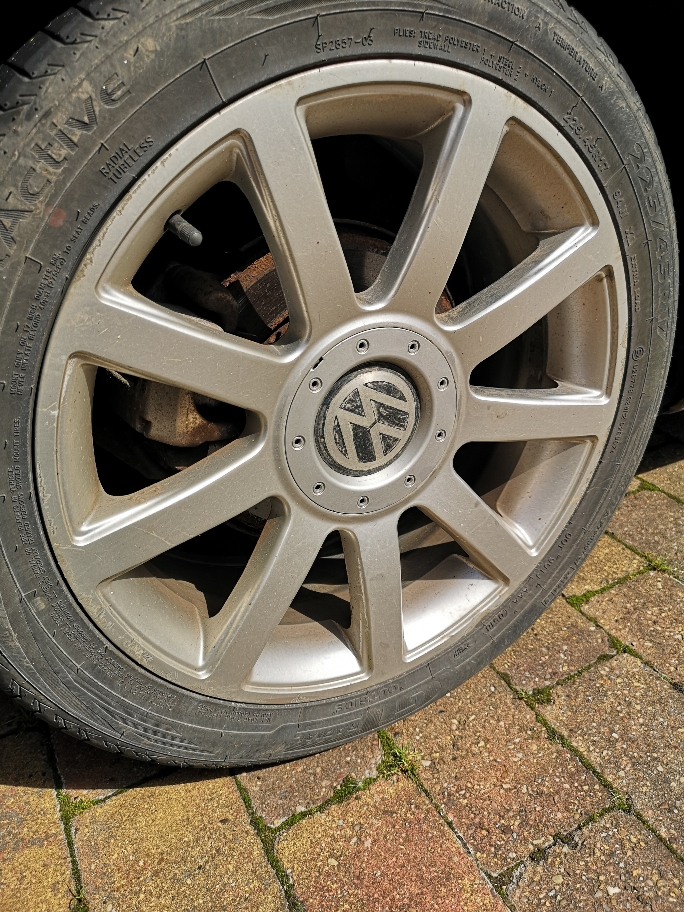 You could get adapters and spigot rings to get them to fit.

Just make sure they're good quality adapters and use some copper grease between the adapter and the hub to stop it seizing in place.

"I'm not modding this one"

than Audi made some for the mk1 TT  later on in 18 and 17 inch with PCD 5x100, VW also adopted the wheel and is found under a different name (i can't remember it) but those all have the same wheel dimensions... and only one set off holes... real ones (with the Audi/VW logo stamped in the inner spokes that are multi pcd (5x112/5x100) are very rare... but do exist...  Ronal did make a bunch of mult PCD aftermarket wheels at a lower price... But the original wheels where light/ strong/ and bloody expensive for a set of 4 (they costed almost 2500 ex vat without tires, when bought from the dealer and they were available as an option on the lower spec cars, the RS and TT models that had the 18 inch had it as the standard wheel)

Ronal made OEM TT 17's and the TT V6 wheels so I just assumed they made these as well, my bad.

Ronal made OEM TT 17's and the TT V6 wheels so I just assumed they made these as well, my bad.

nope that was the quirkiness about them, they made them a little bit less wide to shave some weight.. i actually had as set of them back in the day, sold them to one of my friends who still has them now.. they are actually in his garage, fully refurbished with new tires and centre caps on... nice ornaments.. he's sitting on them, he refuses to sell them to anyone, and he got offered quite a high price for them...

ps note that I'm talking about the original version.. they made... the 18 inch found after 2000 is an 8J instead of 7.5J and also is an full aluminium wheel where as the original on the rs4/rs3 was a magnesium alloy wheel,.and why it was light and strong but  very prone to corrosion.

Blimey I never even thought about disc sizes. Ok well that's good to know anyway. Looks like I'll just stick with with the flakey fakey TT rip offs for now then.

Back to Wheels and Tyres